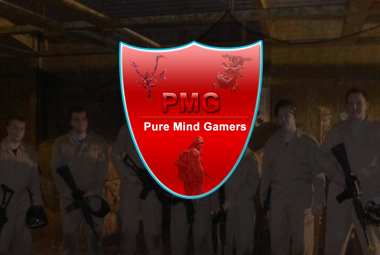 We had a few weeks to play Battalion 1944 in Early Access.
We faced a lot of bugs, waitings and expectations.

The Alpha
----------------
I really was excited to play Battalion 1944 in the alpha state. The first time we could play Battalion 1944 in alpha there were a lot of connectivity issues. Well we expected a lot of problems since it was a alpha, but we didn't expect to be in a party with 5 guys at 19:00 and be able to play a game around 22:00. Still it blow our minds, what a great gameplay and potential it had.

Battalion 1944 already presented us a feeling we didn't felt for a long... long... time. A feeling we forgot, a feeling we had playing Call of Duty 2. That feeling of the old gamestyle and old gameplay.


Early Access
-------
In my opinion they went Early Access too fast, but maybe this was needed in the developers view to (stress)test some of the modules within the game.
Since EA we could play the game 24/7 what is great. But after a few hours/days it just gets boring, it doesn't have any adictive factor in it. Even a rank system couldn't help this. To be fair to the developers of Battalion 1944, we had the same feeling with Counter-Strike: Global offensive when it came out... . A few years later we played CSGO 24/7 :).


(Update) news
-------
As said by Antoine on Teamspeak 3 to me, bulkhead is `weird` with publishing news. Not that the news posts are weird or anything, but that they always choose one platform to publish it and leave all the rest behind. We saw this in the Alpha/Beta stage too. We often had to find the details about a alpha night on Kickstarter... and the next time it was posted on the forums, then the forums were dead to them and we had to be on discord... and now it is apparently twitch. It's quite confusing.

I'm curious about your opinion about Battalion 1944 and it's current state.

PMGamers.nl is created back in 2008 by two Call of duty 2 players: n4L & azN`. Within time they formed a full team and started to compete in (night)cups and ladders like ClanBase. In the current form, only n4L is with us.